The train was crowded. He had boarded at Barking and found a vacant seat between two men, whose body language did not encourage any one to use the vacant seat in between them.

On the same row, across the aisle four men sat in pairs opposite each other, dressed in suits like him. But they would have come from London, from some of those tall glassy skyscrapers with offices in the heavens and their clouds. They looked privileged, owned the journey, the train or the country in some way. Hopefully they would eventually get off at Shoeburyness, where the train terminates, after which there would be no land but the high sea. They lifted up their heads but soon adjusted to the welcome distraction of their newspapers, cellphones and kindle tablets.

As he headed for the vacant seat, a fleeting but unwelcoming atmosphere weld up. In support of these men, it suggested that he should be sensitive, at least considerate of the decorum created by the earlier passengers before thinking of inserting himself. He would let his Light shine in all cases; steadying his feelings, not being prescriptive, but loving all in all people. But this has been another long day of exaggerated calmness and gratitude for all the hospitalities of living in this country.

In the facing row to where he intends to sit, there were three men. They wore similar shoes like those he would sit in-between. Strong booty shoes, splattered with dry chalky white marks; some old, some new, all on different boot-maker labels, worn by different pairs of legs. Their bodies were muscular. Their clothing were equally dusty, colourless and acceptably dirty-dry. He would make himself non intrusive, as soon as he is able to rest his hurting back on that seat, even invisible.

“Excuse me sir, may l share… please?” They both knew he wasn’t asking for their consent, as such announced politeness was shaming and equally disarming. Not when he is within his rights to use the seat; having paid his fare, work and pay his taxes as well. The men caved, didn’t look up but reluctantly moved and he sat. Blanking him, and as loud as it were, they carried on talking in vernacular. Everyone who cared to listen, also understood that they were travelling to Tilbury Town.

His eyes were closed, his dispersed self eventually came together. Within the confines of his closed eyes, he could find himself. After all he was a human being; a spirit, a soul, who only lives in a body. At least he is now a British citizen; something of a luxury, considering that he is now also alive as well. His secrets, if any are hidden in plain sight; that he aspires to imItate Jesus, loves all people, himself, things, and in that, God. But would always be perceived first as Black, Nigerian before human.

His back had stopped aching. He had been sleeping. Once again he savoured the desirability and legitimacy of his aspirations. The couch was alive again, over the din came the electronic voice “we are now approaching Chafford Hundred, stop at this station for Lakeside Shopping Centre”. When the train came to a halt, he got off and walked home, as the setting summer sun cast its warm shadows over Mayflower Road. 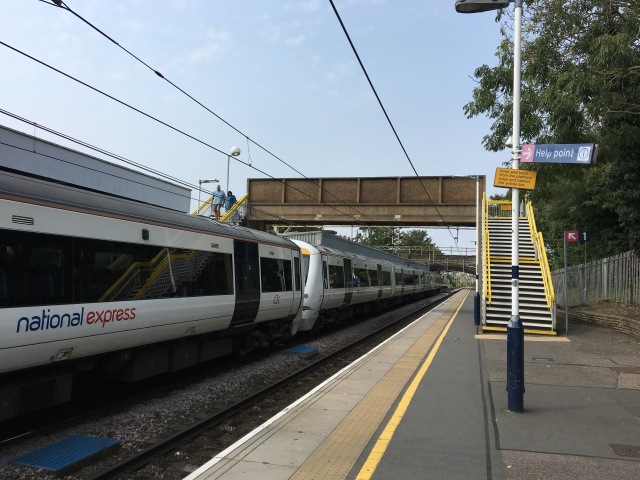